At the request of Ontario Premier Doug Ford, Lieutenant Governor Elizabeth Dowdeswell has dissolved the Legislature so that a general election can take place on June 2, 2022. Campaigning starts tomorrow.

“The Lieutenant Governor has accepted Premier Doug Ford’s advice that the Legislature be dissolved today at 4:00 p.m. Her Honour has signed a proclamation dissolving the Legislature,” Dowdeswell announced in a Tweet.

“Dissolution ends the Legislature so that a general election can take place. Pursuant to the Election Act, the Lieutenant Governor will meet tomorrow with the Chief Electoral Officer to sign writs of election.”

According to the most recent poll released on May 2 by Nanos and available on Polling Canada, the Progressive Conservative Party of Ontario (PCPO) currently leads at 37 per cent, while the Ontario Liberal Party sits at 30 per cent, and the New Democratic Party sits at 34 per cent.

As most if not all Ontarians know, Doug Ford routinely broke promises throughout the COVID pandemic. He bent the knee to Trudeau on every issue. He took freedom after freedom away until Ontario was unrecognizable. He even put police checkpoints at various borders to discriminate against the unvaccinated and declared a provincial stay-at-home order.

Doug Ford tried to turn Ontario into a police state.

Nonetheless, many Ontarians are concerned that if they don’t vote for Ford, the Liberals or NDP could walk away with the election and immediately reimplement the mask and vaccine mandates, which they’ve promised to do.

However, it isn’t clear that Ford won’t do the same after election season is over. Indeed, Ford’s Chief Medical Officer Kieran Moore has already indicated that bringing back mandates every flu season is still on the table.

Overall, it is Ford’s election to win, not lose.

In terms of alternatives to the big three liberal parties (PCPO, LPO, NDP), there is the New Blue Party led by Jim Karahalios and the Ontario Party led by Derek Sloan.

Both parties’ primary concerns are reducing the provincial government’s powers so Premiers like Doug Ford can never spit on the rights of Ontarians again.

According to the New Blue Party’s mission statement, “New Blue MPPs elected on June 2, 2022, will fight to end all COVID-19 mandates, including: a complete repeal of Doug Ford’s emergency measures; a ban on COVID-19 vaccine passports; a reduction in the powers of local bureaucrats; and restitution for those harmed by emergency measures applied by the governments of Justin Trudeau or Doug Ford.”

As per the Ontario Party’s platform statement, “All citizens of Ontario, among other rights, are guaranteed freedom of expression and freedom of conscience under Canada’s Charter of Rights and Freedoms. The Charter specifically protects individuals from acts by their governments that would violate those rights. However, as has become increasingly apparent, governments—both federal and provincial—can, and do, violate those rights with increasing regularity and ease.”

Notably, Sloan has also made banning Ontario’s digital ID — which, for the time being, remains voluntary — a part of his platform. 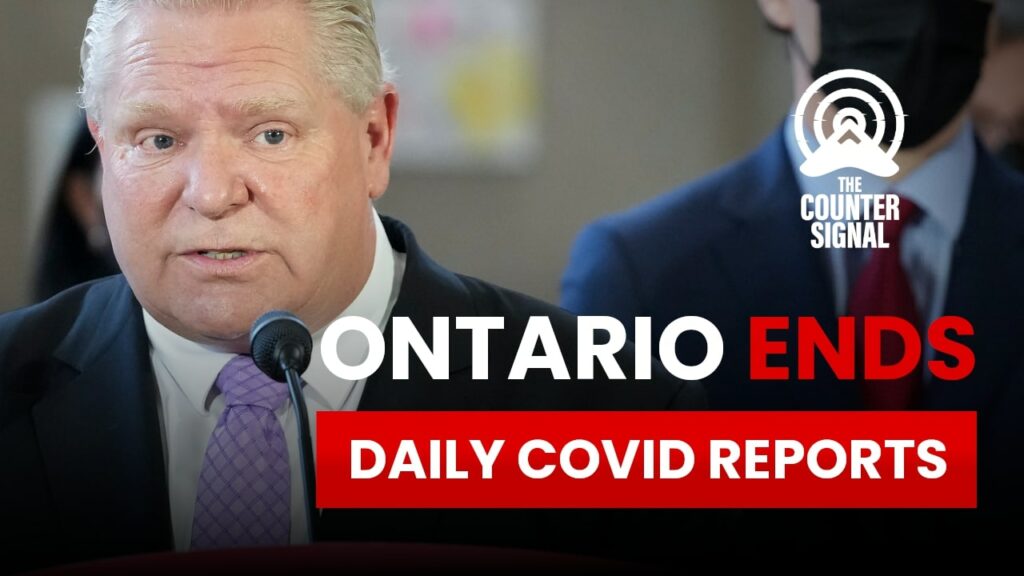 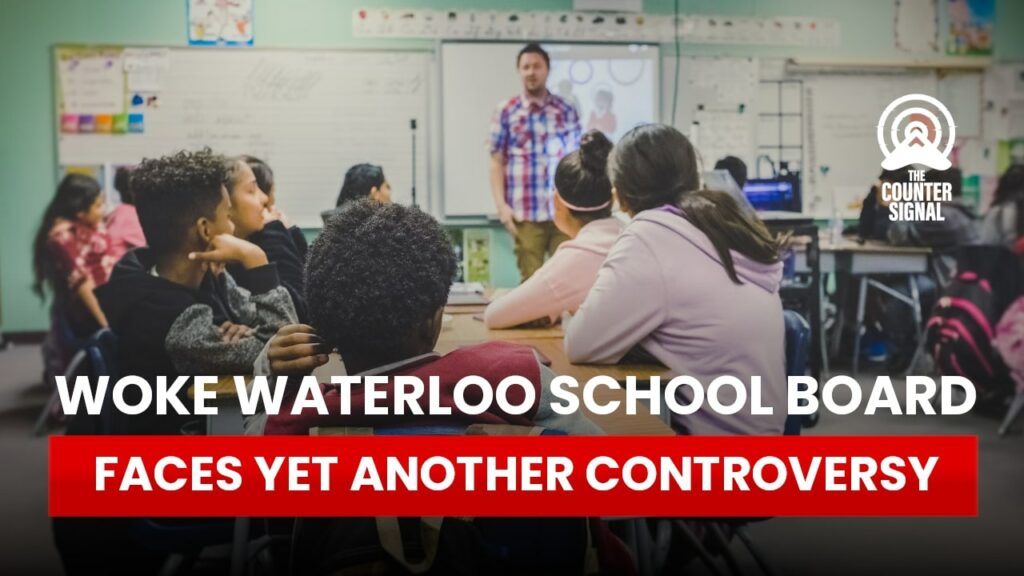 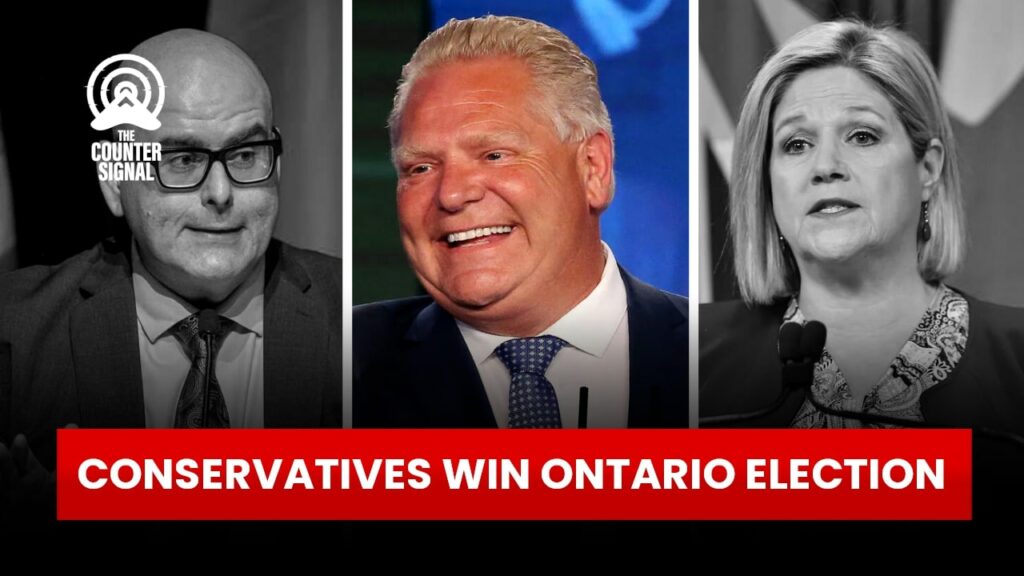 The Progressive Conservative (PC) Party has successfully won enough seats to retain their majority, and Doug Ford will stay as premier following the Ontario election. 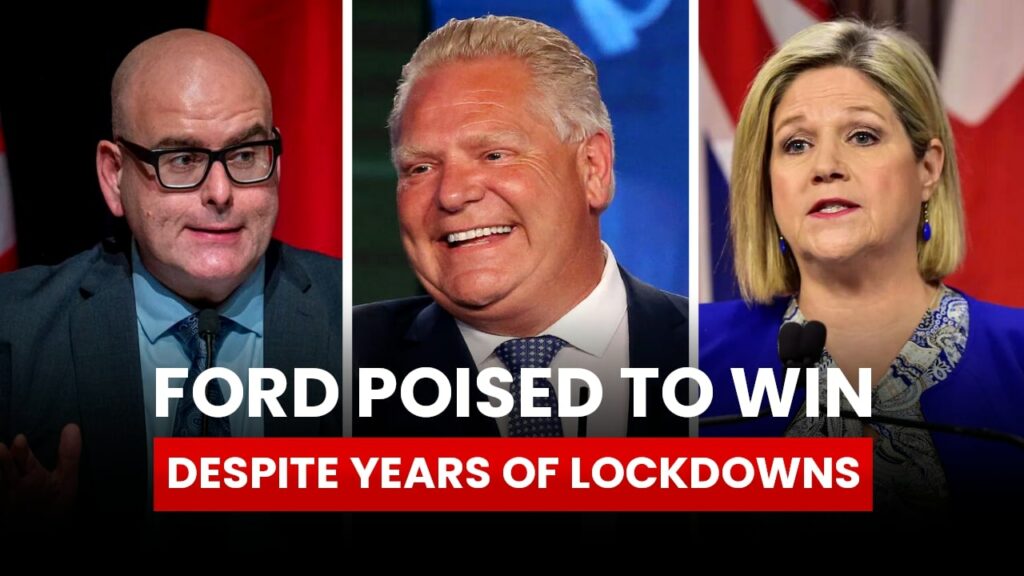 Ford expected to win election, despite unpopularity of lockdowns

On the eve of the election, multiple polls put Premier Doug Ford far ahead of the competition, despite years of lockdowns and mandates.