PPC Leader Maxime Bernier distanced himself from the World Economic Forum (WEF) after addressing concerns that he attended a meeting in Davos in 2008 while serving as Stephen Harper’s minister of foreign affairs. 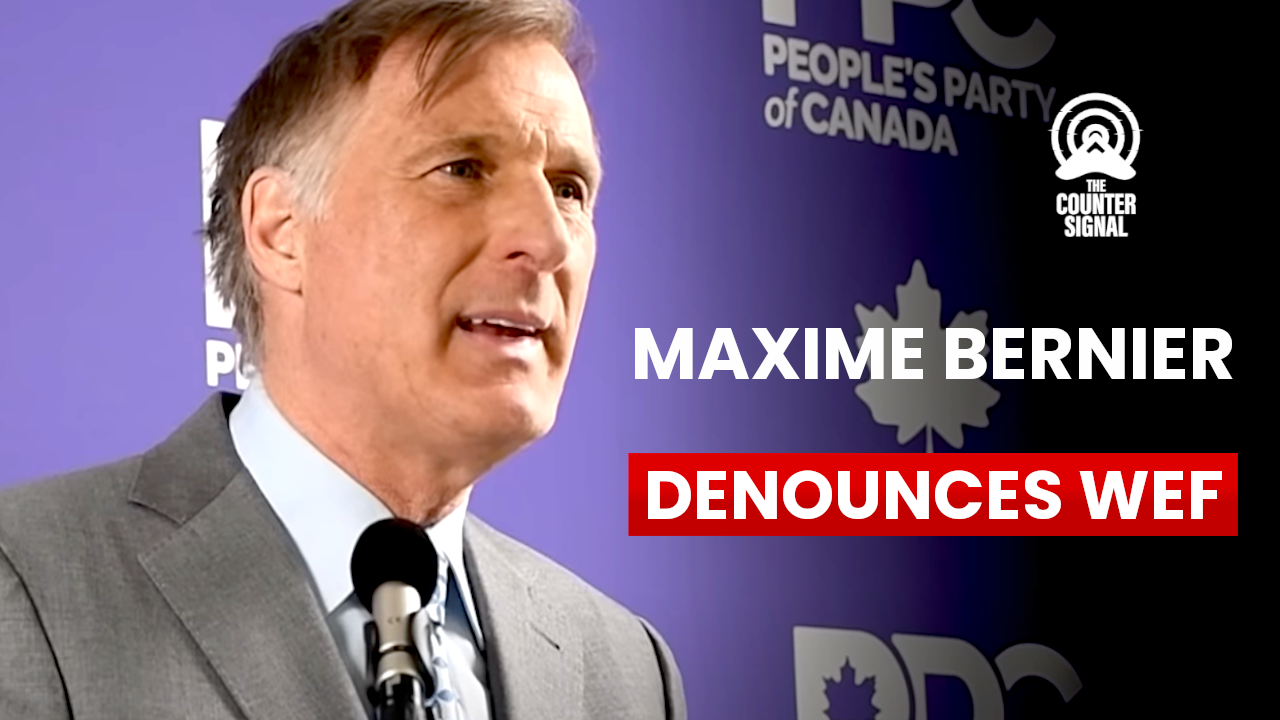 “I did not participate in the debate and the presentation they had at the World Economic Forum. I did my meeting, and, after that, I left. And that was my job.”

As public disdain for the WEF has grown over the last several months, some politicians have been quick to condemn the globalist hub based in Davos.

Indeed, it would be odd if Bernier was working on behalf of the WEF, as he routinely rails against their agenda and the WEF’s policy proposals, including alerting Canadians to the emergence of a digital ID and its potential consequences.

Given the WEF’s undue influence in Canada (something founder Klaus Schwab boasts), it would go a long way for other party leaders and MPs to follow suit — especially given how many have been listed on the WEF’s website.

Notably, PM Justin Trudeau, Deputy PM Chrystia Freeland, and NDP leader Jagmeet Singh not only attended the WEF but were trained there under the direct tutelage of Schwab as part of his Young Global Leaders program.

They, of course, have not denounced the WEF.

The Conservative Party also has had many members listed on the Forum’s website, including former PM Stephen Harper, and former Party leader Andrew Scheer.

However, Scheer denounced the WEF and claimed he never went to Davos to attend the Forum.

As Scheer writes, “Recently, it was brought to my attention that the World Economic Forum’s website included a profile of me. As such, many people have asked me if I am affiliated with the WEF. Here is my response:

“I am NOT a member of the WEF. I have never attended a meeting, conference, or any event sponsored or associated with the WEF. I have never been to Davos. I do not know why my profile was included on their Young Global Leaders website. Once it was brought to my attention, I demanded that the WEF remove me from their site. They have since complied.”

Similarly, Pierre Poilievre also says he has never been to Davos and has called out the WEF agenda.

In an interview with True North, Poilievre said, “I’ve never been to Davos. I’ve never been part of the organization. And I don’t agree with its publicly stated policy objectives.”

It still remains to be seen which MPs the Forum has listed will denounce it in the coming months. Many Canadians are waiting.