The first of Ghislaine Maxwell’s many accusers has taken the stand and is being cross-examined by the defendant’s lawyers as part of one of the most critical trials regarding international sex trafficking to date.

Under the pseudonym “Jane,” the accuser alleges that Maxwell lured her into convicted pedophile Jeffrey Epstein’s sex trafficking network of primarily underage girls when she was just 14, suggesting Epstein’s operation was made possible through Maxwell.

“Did there come a time in your life when you had sexual contact with Jeffrey Epstein,” prosecutor Alison More asked.

Jane said that she had, and Moe proceeded to ask her the age when such activity began.

“Did that happen once or more than once when you were 14 years old,” Moe asked.

“Was there ever anyone else in the room?”

“Who was most frequently in the room when you had sexual contact with Jeffrey Epstein when you were 14 years old?”

According to the testimony of Pilot Lawrence Visoski, Maxwell served as Epstein’s “number two” in an extensive sex trafficking network that gave the world’s elites access to underage girls, likely for the purpose of creating blackmail material to manipulate world affairs.

“Ms. Maxwell was number two. Mr. Epstein was a big number one,” Visoski told jurors. “She was the one that pretty much handled most of the finance, my expenses, spending in the office.”

While Maxwell is often described as Epstein’s associate, lover, and British socialite, many believe that she and the deceased Epstein played a much more significant role on the world stage than merely running a sex trafficking operation.

This belief largely stems from Maxwell’s father and the initial funding of Epstein’s financial empire.

Maxwell is the daughter of the late Ian Robert Maxwell, who many believed functioned as an Israeli spy while working as a British MP and operating a publishing empire from which he defrauded employees of their pensions.

Following his death, his corpse was found floating in the Atlantic Ocean, which was called a boating accident, and his funeral was held in Israel with several Mossad (Israeli Intelligence) agents in attendance. Indeed, it was well known by the British Foreign Office that Ian Maxwell had links to the British Secret Intelligence Service, the KGB, and the Mossad, and that he may have played a role in securing several weapons deals.

Many believe that Ghislaine Maxwell continued in her father’s footsteps by aiding Epstein, whose miraculous wealth may also tie into such espionage, to allegedly trick or coerce politicians, businessmen, and other elite members of society into doing the unthinkable as a means of creating blackmail material to manipulate the course of global affairs.

If true, this would suggest that the network Maxwell is alleged to have helped create has roots going far deeper than her former lover Jeffrey Epstein.

Another curiosity in the trial is that former FBI Director James Comey’s daughter, Maurene Comey, is serving as one of the lead prosecutors.

While this does not indicate anything in itself, it is odd that the daughter of an intelligence officer should participate in the trial of someone many believe operated on behalf of a foreign intelligence organization.

So far, Maxwell has pleaded not guilty to eight counts of sex trafficking and other crimes, including two separate perjury charges. If convicted on all counts, she will face up to 80 years in prison. 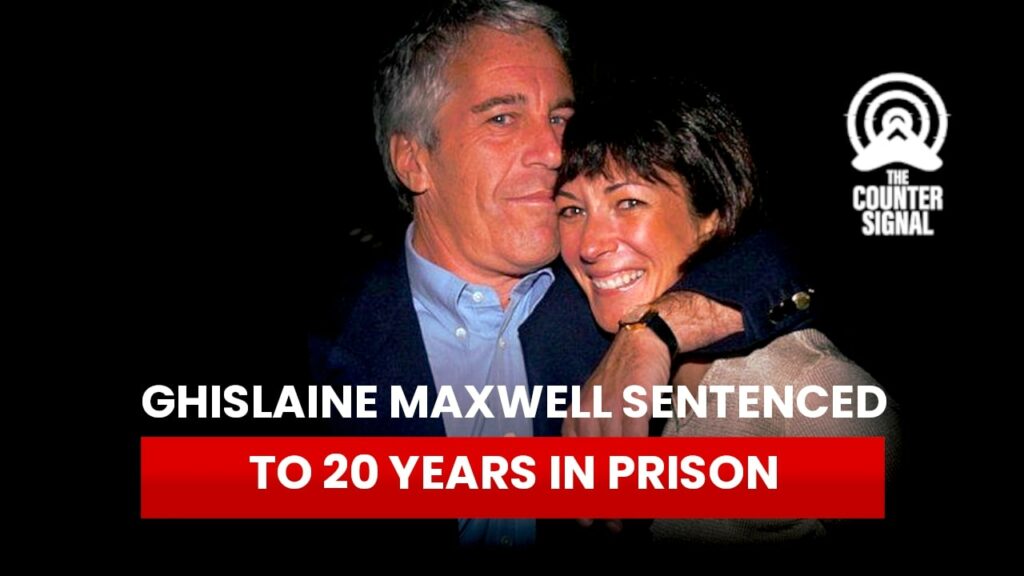 After weeks of near-total silence, Conservative Leader Erin O’Toole is finally throwing his support behind truckers and other Canadians fighting for their rights and freedoms. Better late than never.

On Thursday, American billionaire and Tesla CEO Elon Musk tweeted out his support of Canadian truckers heading to Ottawa to fight for their rights and freedoms.