Effective June 20, transgender women who transitioned after their twelfth birthday are banned from competing in FINA-regulated swimming events with women.

In an announcement, the President of the International Swimming Federation (FINA), Husain Al-Musallam, said:

FINA members voted 71.5 per cent in favour of the new policy after hearing from athletes, medical professionals, and human rights groups.

This means transgender athletes such as Lia Thomas (who recently won the NCAA women’s swimming championship) won’t be able to compete in the Olympics against women.

Critics exist on both sides of the aisle regarding FINA’s decision. For example, documentarian and best-selling children’s author Matt Walsh says it will encourage sex transitions to take place before the age of 12.

Conversely, Athlete Ally, a trans advocacy group, wrote in a Tweet that FINA’s new policy is “discriminatory, harmful, unscientific and not in line with the 2021 IOC principles.”

Additionally, a spokesperson for FINA disagreed with Walsh’s assertion:

“They’re not saying everyone should transition by age 11. That’s ridiculous. You can’t transition by that age in most countries, and hopefully, you wouldn’t be encouraged to. Basically, what they’re saying is that it is not feasible for people who have transitioned to compete without having an advantage.”

Indeed, most countries do not allow for medical interventions before the age of 12.

However, as previously reported by The Counter Signal, a trans rights group is expected to lower their recommended age for when youth should have access to irreversible medical treatments for their gender dysphoria — including surgeries for 15-year-olds.

These updates allegedly include lowering the age for puberty blockers from 16 to 14 years old and allowing surgeries (sex-change operations, breast removal, etc.) on teenagers who are 15 years old.

This debate aside, FINA also announced the introduction of a third category for athletes to compete under (other than ‘men’ and ‘women’). It’s called ‘open’ and will allow for transgender athletes — such as Lia Thomas — to participate.

“FINA will always welcome every athlete. The creation of an open category will mean that everybody has the opportunity to compete at an elite level.” 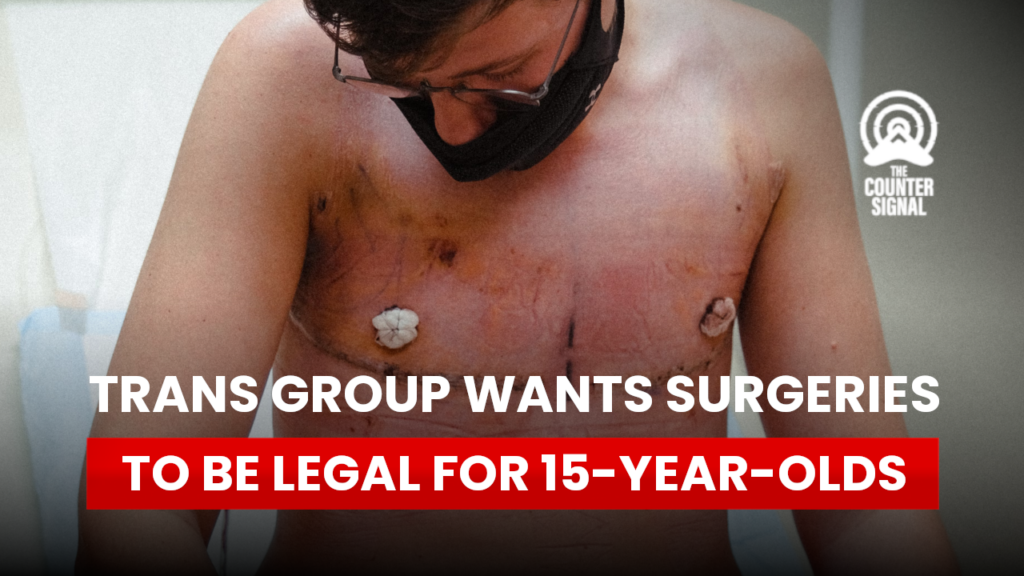 A trans rights group will lower their recommended age for when youth should have access to irreversible medical treatments for their gender dysphoria — including surgeries for 15-year-olds. 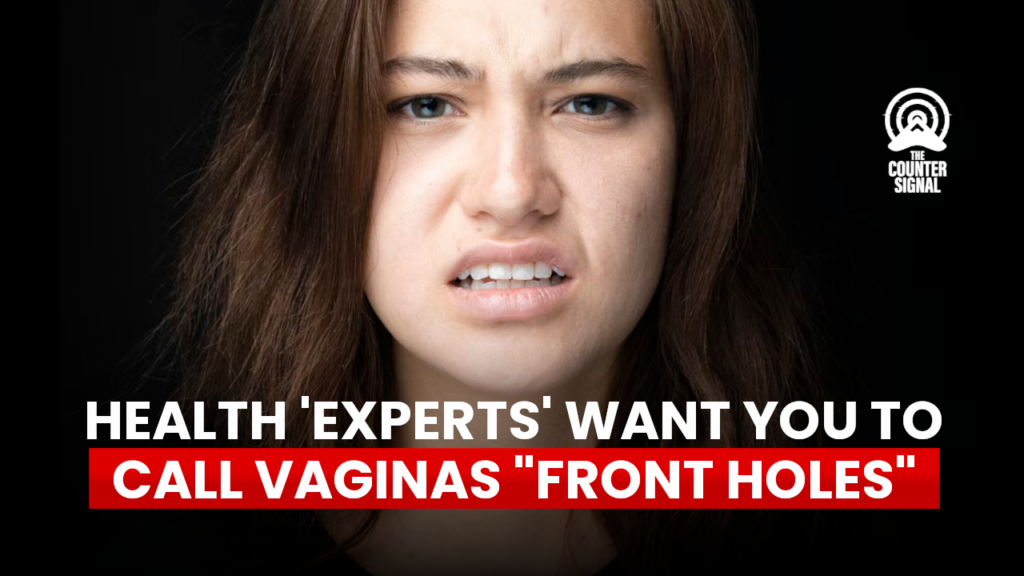 It seems that healthcare is not immune to the insanity of woke gender nonsense. 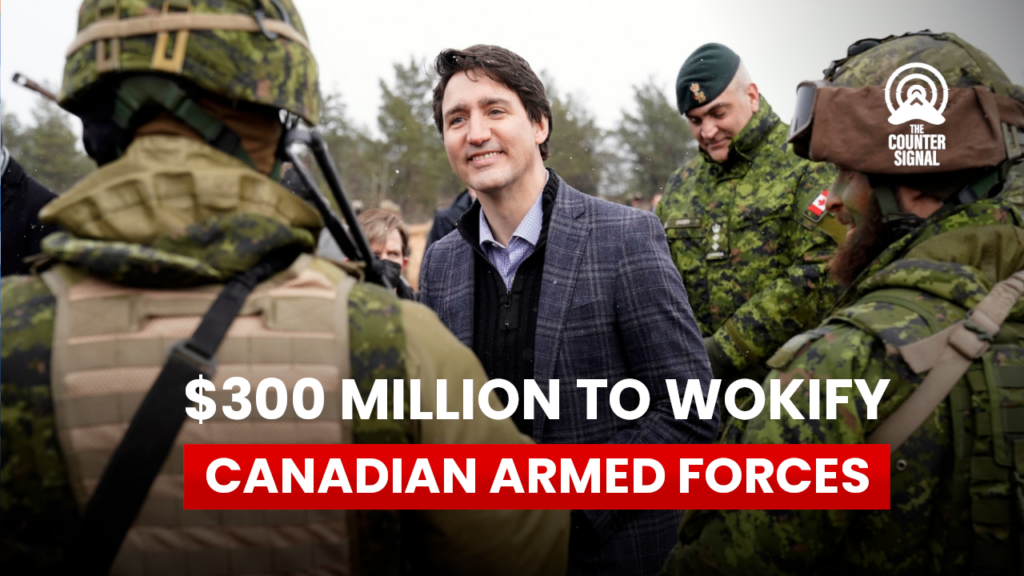 Nearly $300 million to wokify the military included in Liberal budget

Nestled deep within the Liberal government’s new 2022 budget is a whopping $100.5 million in taxpayer funding for “gender identity” culture change and training in the Canadian Armed Forces. 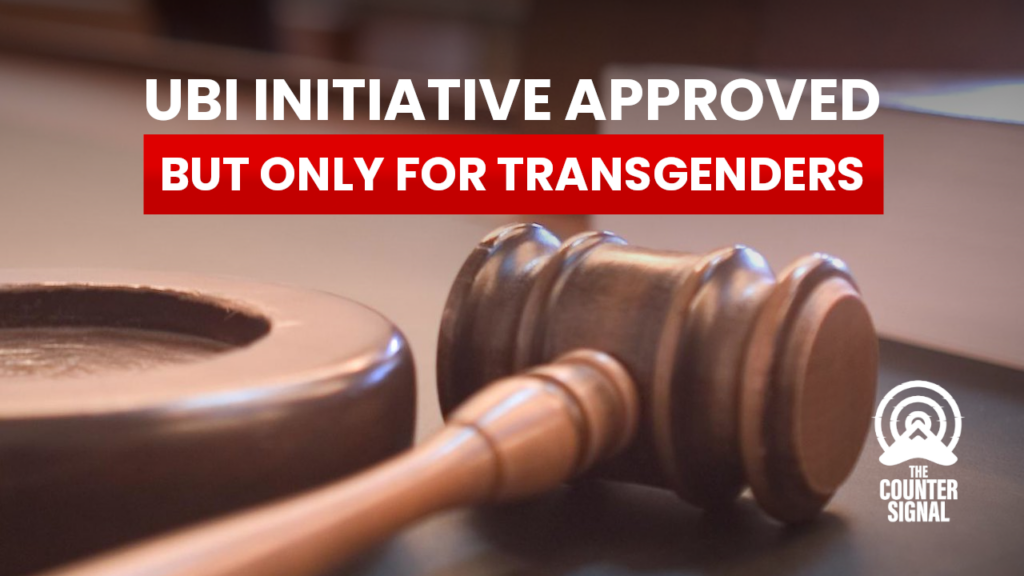 Recently, the Palm Springs city council unanimously approved a Universal Basic Income (UBI) initiative that will only be available to people who are transgender. 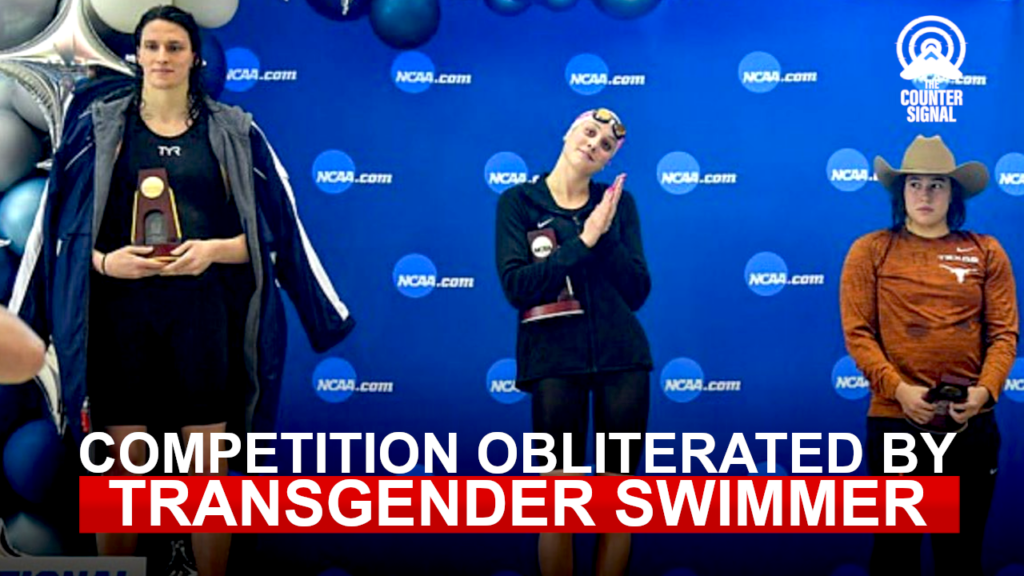 People are outraged after a male-to-female transgender swimmer unfairly defeated women competitors in the NCAA Championships on Thursday.

Harry Potter author J.K. Rowling scorched slob communist Youtuber Vaush as an abuser on Twitter after he told her to “shut the f*ck up.”